Posted on September 5, 2012 by admin | in Background Check 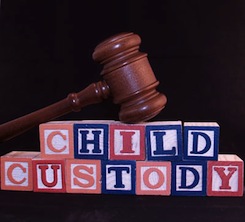 In the unfortunate event of a divorce, families and their nannies are forced to acclimate themselves to an entirely new schedule. Adjusting to these changes can be difficult for an established nanny who has been with the family for years, and can be equally as confusing for a newly-hired childcare provider caring for the children of a couple whose divorce is very recent. If you’re divorced and employing a nanny, here are seven of the things you should make sure that your nanny knows about regarding the terms of your custody agreement.

Like every marriage, every divorce is different. There will be particular situations applicable only to you and your family and others that are dictated by the laws of your state; regardless you should make sure that your nanny is left as well-informed as possible to prevent any confusion or melodramatic scenes in the future.

0saves
Save
If you enjoyed this post, please consider leaving a comment or subscribing to the RSS feed to have future articles delivered to your feed reader.
← 30 Blogs About Child Safety to Follow | 10 Ways Agencies Screen Nannies →