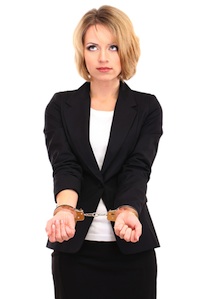 Parenting is a tough job under the best of circumstances, but there are things that can get mothers into legal trouble today that wouldn’t have been frowned upon at all in previous generations. While some of the transgressions on this list are far more serious than others, all of them can lead to trouble with the law if you’re discovered behaving in such a manner.

You may not even be aware of the fact that you are breaking the law in some cases, as you feel that you’re making appropriate choices for your child and household. It’s best to check the laws in your state to make sure you are in compliance, especially in the realm of leaving the kids home alone and using disciplinary tactics.

0saves
Save
If you enjoyed this post, please consider leaving a comment or subscribing to the RSS feed to have future articles delivered to your feed reader.
← How to Snoop on Your Kid While He’s Online | 12 Tips for Keeping the Backyard Safe This Spring →